Many drive by the downtown Aquarium and its gigantic Ferris wheel to and from work, but never think of actually going there. They think either the food must be bad because it’s a theme park, but think the theme park must be bad because it’s a restaurant, or that its really expensive because its a theme park restaurant in downtown Houston; or that must be too commercial because it was created to be a tourist attraction. You can probably come up with a lot more reasons not to go there, but do yourself a favor: one afternoon just grab your kids and husband and go, despite his grumbling about having to pay for valet parking.

This place is awesome. We enjoyed the aquarium, white tigers and the train ride through the shark tank. This is just one of the tanks inside the Aquarium restaurant: 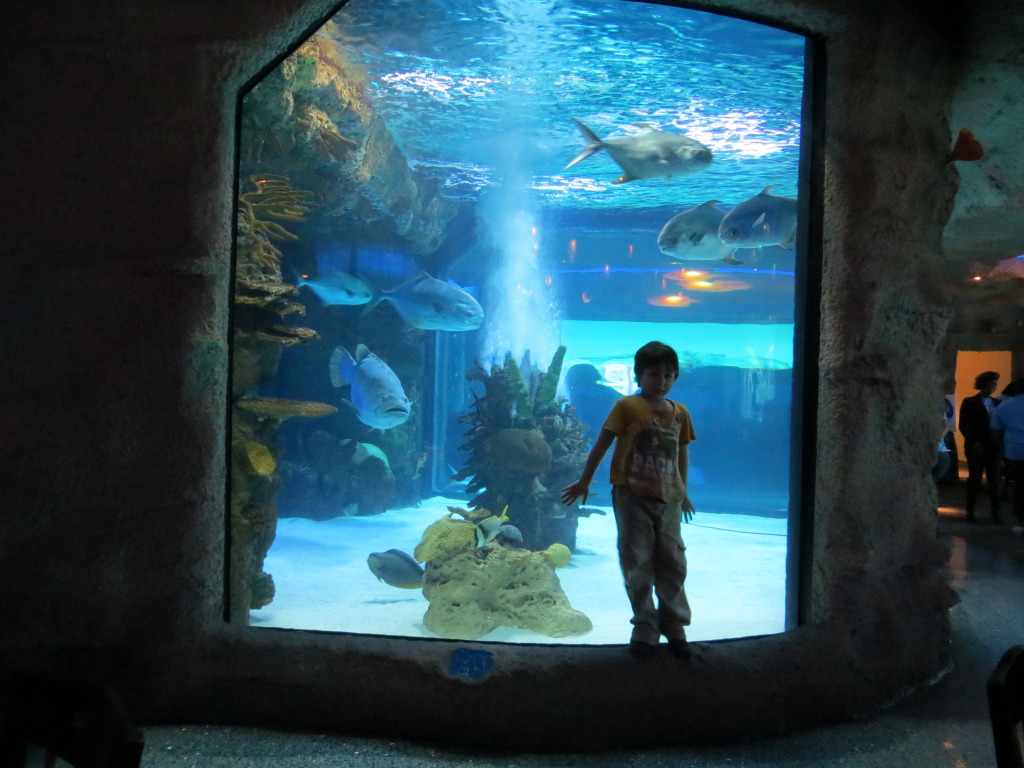 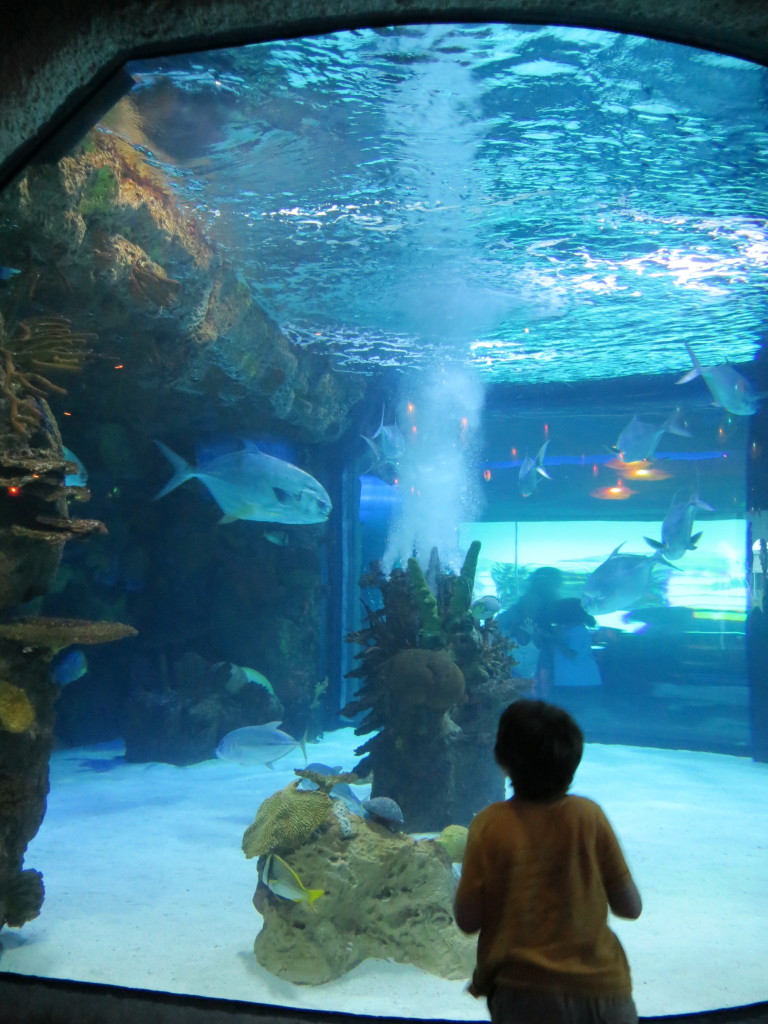 But they have an entire onsite aquarium with many unusual fish and outstanding tank displays. This one opened his mouth for us: 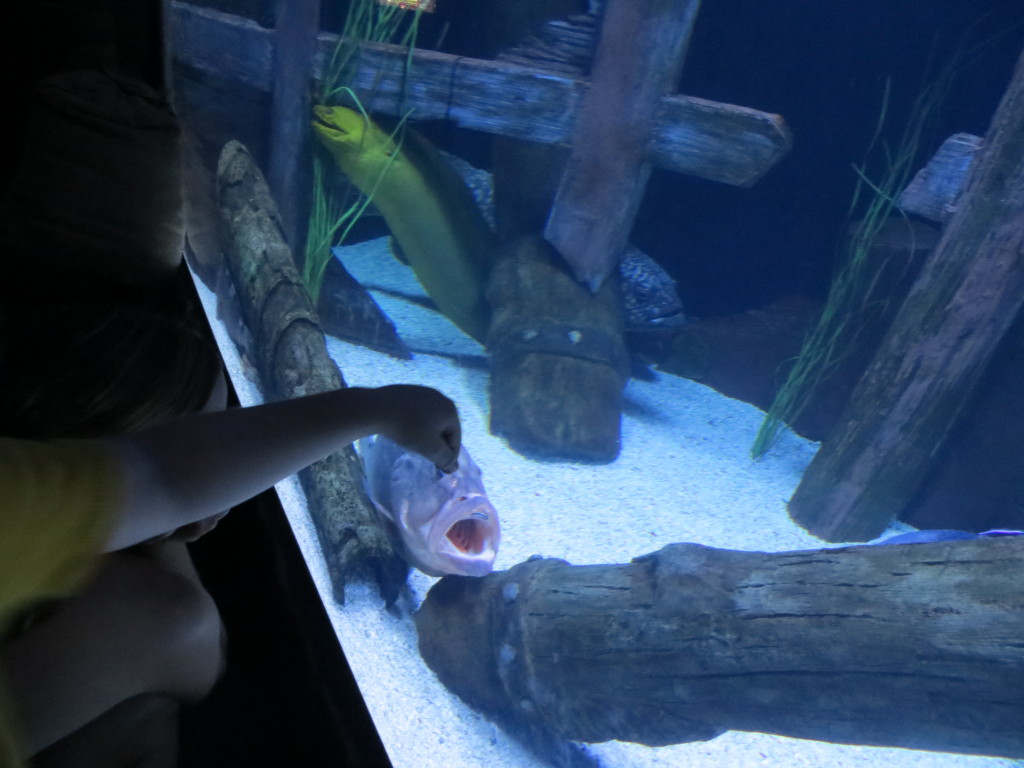 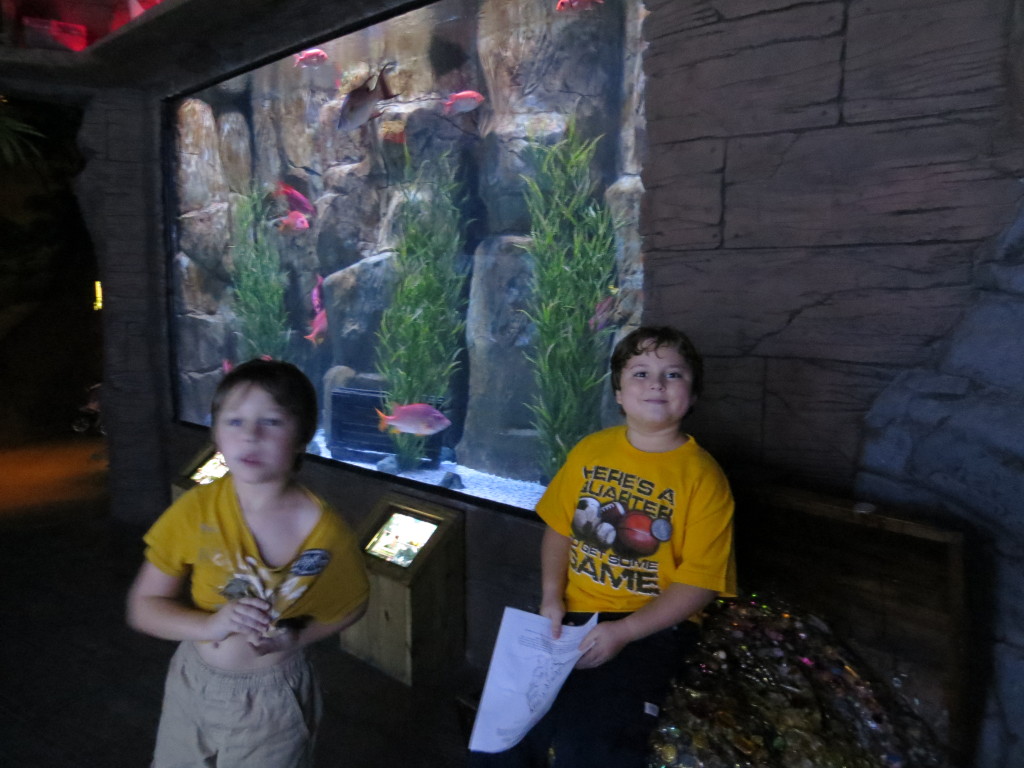 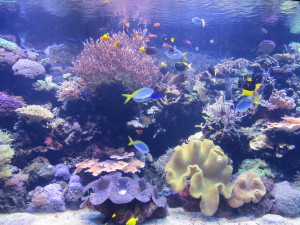 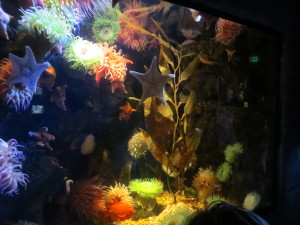 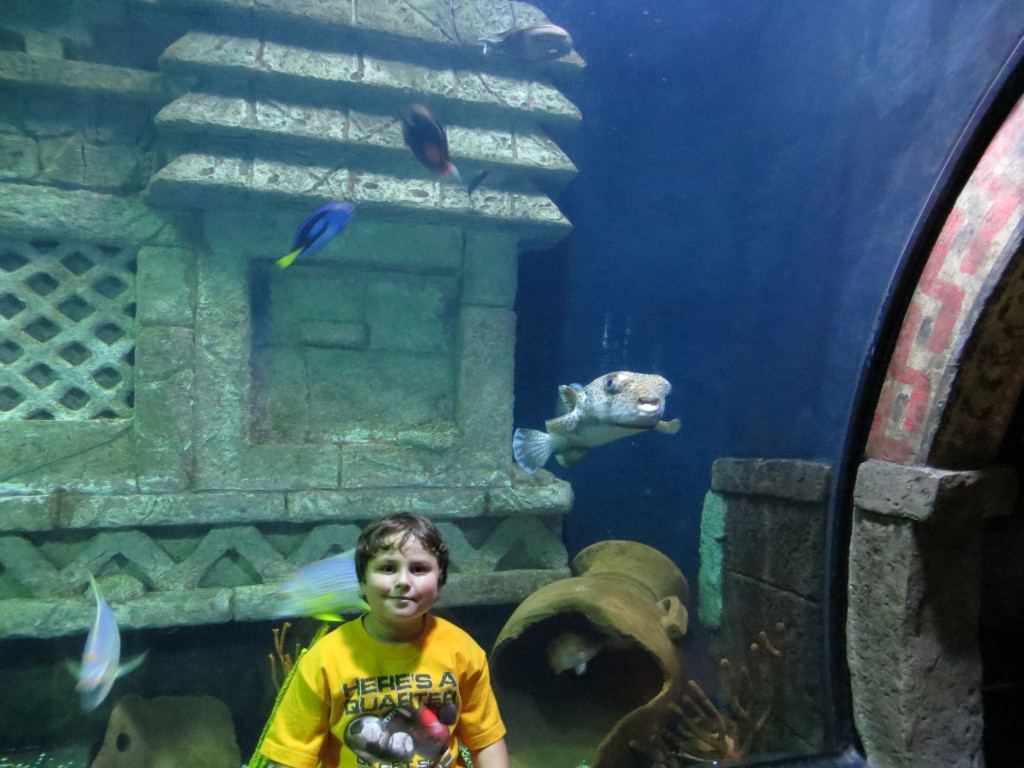 White tigers in the Maharaja palace (not sure of the purpose of the paper painted tigers sign, but it didn’t last long): 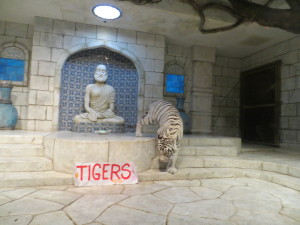 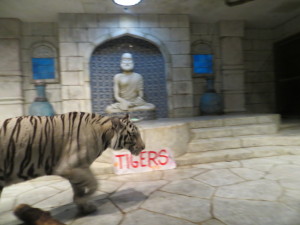 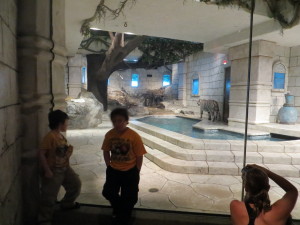 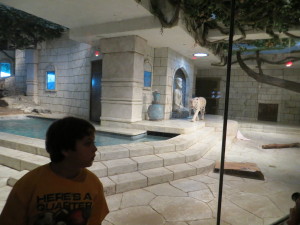 Train through the shark tank (pretty unusual sharks, I might add). 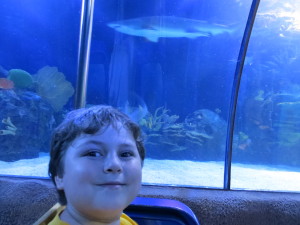 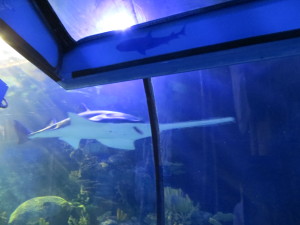 There are other attractions there too–a stingray reef, carnival games and rides. I think it’s a good attraction for autistic kids and the whole family to enjoy. 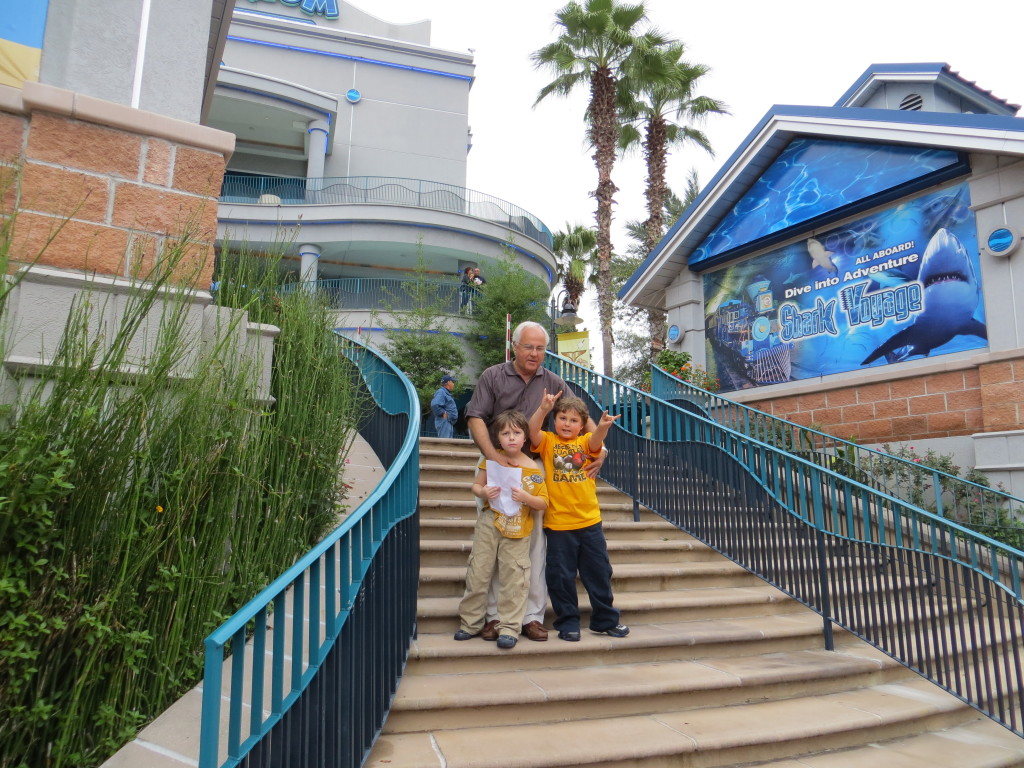 At under $20 per person for a day pass with unlimited access to rides and attractions I’d say it is a better value than many other family entertainment venues in the city. As it is downtown, they do charge for parking.