Pirate’s Bay in Baytown is an economical, pirate-themed water park, 23 miles from Clear Lake. We went in the afternoon on one of the hottest days of summer, July 30, 2015.

After having experienced the resort-style Schlitterbahn, Great Wolf Lodge and Splashway (halfway to San Antonio), my kids were not quite as impressed with this place as I was, but it was a relatively short drive from home and cost us only $7 per person to get in (Thursday after 3—and they show a movie at 8:30pm). 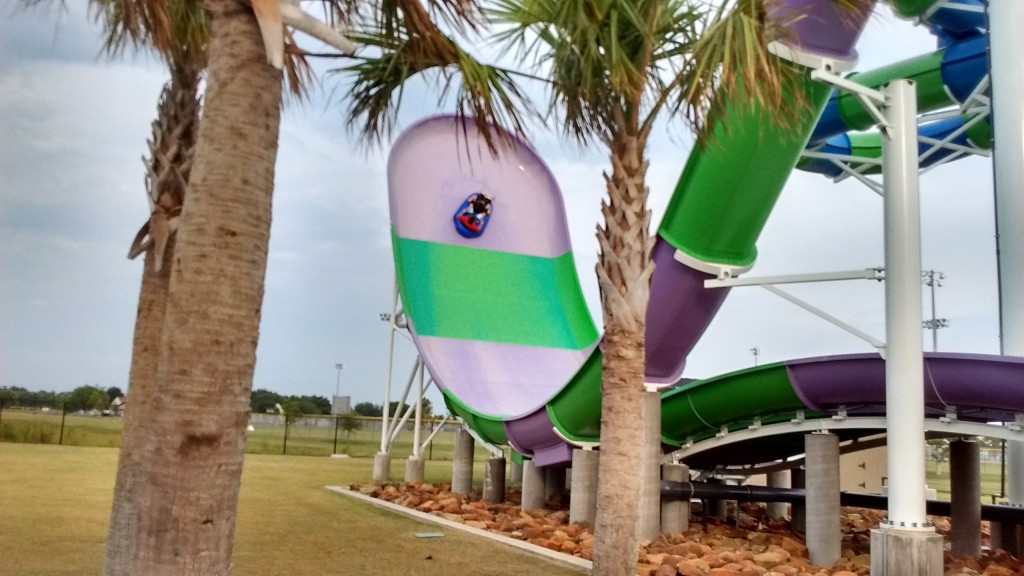 The day we went it was over 100 degrees out and a bit too crowded, but the water was very clean and cool—no oily residue from sunscreen. Many families with younger children were there, perhaps because the movie to be shown at sunset was “The Goonies.” 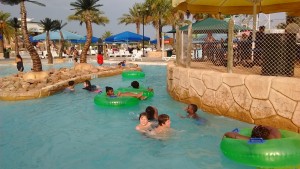 Some of the slides were very unusual, never seen anything like them before, and the music on the evening we went was pretty great–80s dance hits–including New Order’s “Bizarre Love Triangle” and Laid Back’s “Ride the White Horse”–a perfect wave pool song!–though after someone–a lifeguard?–turned the music up to dance club volume (speakers in front of the crowded wave pool) it was WAY too loud for kids. I was worrying both about my children’s hearing being damaged and someone crying for help and not being heard. Good music though and someone got a beach ball going, adding to the party atmosphere. 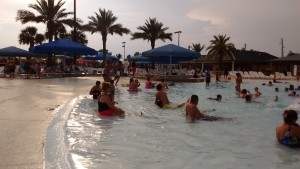 Most of the families there were Spanish-speaking. I had a lot of idle time standing around while my kids played. Wish I could have passed the time chatting with other parents as I am inclined to do, but my Spanish is too weak–it was a decent crowd though, with lots of families with babies and small kids, so I just sat grandma-like watching children and babies enjoying themselves in the water. 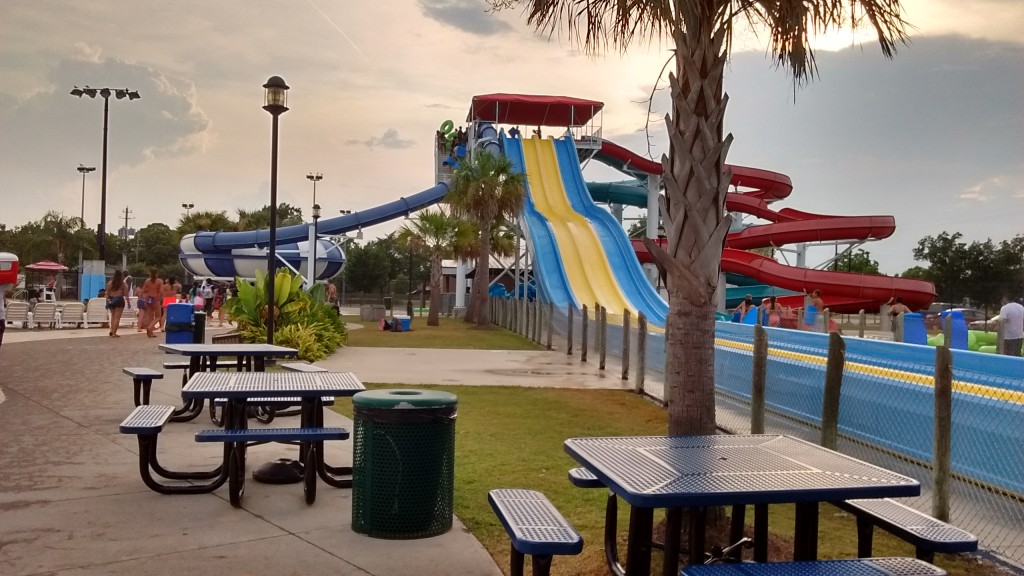 The park has concessions, but you are welcome to bring in your own coolers. Lifeguards are stationed all around and life vests are available. Like most waterparks in Texas in the summertime this place can get extremely crowded, so put brightly colored t-shirts on your kids so you can spot them in the water—mine took theirs off thinking they would slide faster without shirts and after that it was harder to keep an eye on them.