We like to go to rivers. From Ingram to Hunt (Guadalupe River), to Concan (Frio River), to New Braunfels (Comal River), to the Medina River in Bandera, we’ve waded, swam or tubed in them all. It is the one thing everyone in the family can enjoy together, even though everyone seems to appreciate different aspects of being there. It gives kids the opportunity to have fun by making their own fun, and it’s different–something you can’t do in Houston–and it’s inexpensive.

Guadalupe River State is a nice state park 30 minutes outside of San Antonio which is shallow with a rocky bottom but with just enough flow to be entertaining to kids. There are Park Rangers and our cell phones had signals (in event of emergency).

Both times we went the sky was overcast and it rained, which didn’t make for nice pictures–but there were lots of beautiful red cardinals and ancient cypress trees with gnarly roots which would have made terrific photos had we been at a different time of day. Bring binoculars for bird watching. 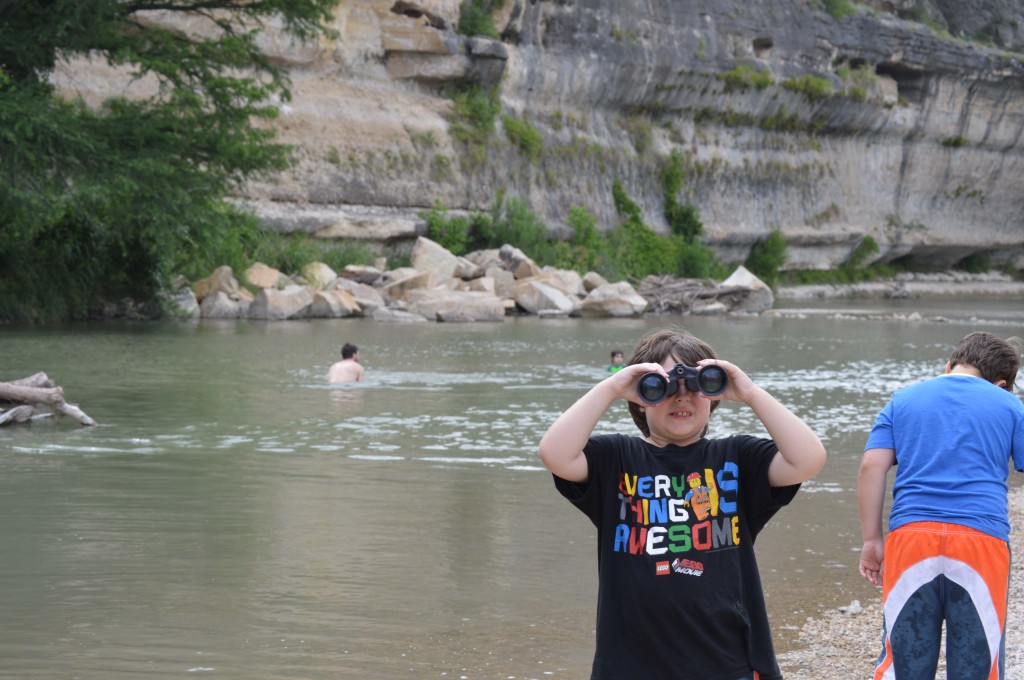 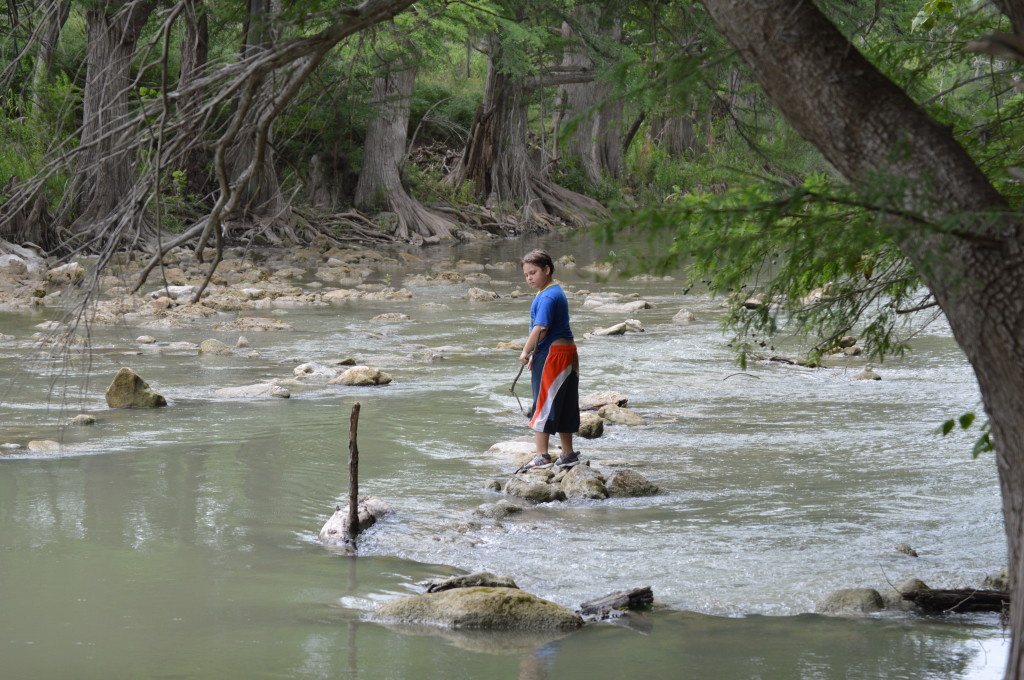 Both my kids liked it, and at $14 for the whole family the price sure beat Six Flags. My au child, who had on his life vest, discovered that if he laid down flat in certain spots, the water would allow him to “slide,” as he put it. 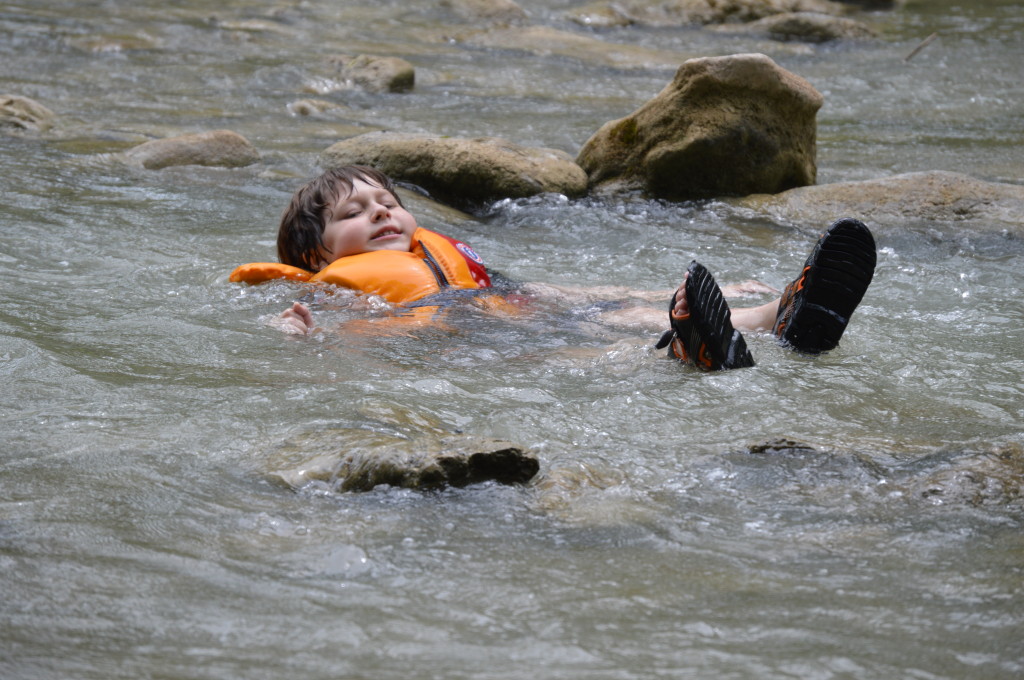 My other child joined the other children climbing and jumping off a boulder. 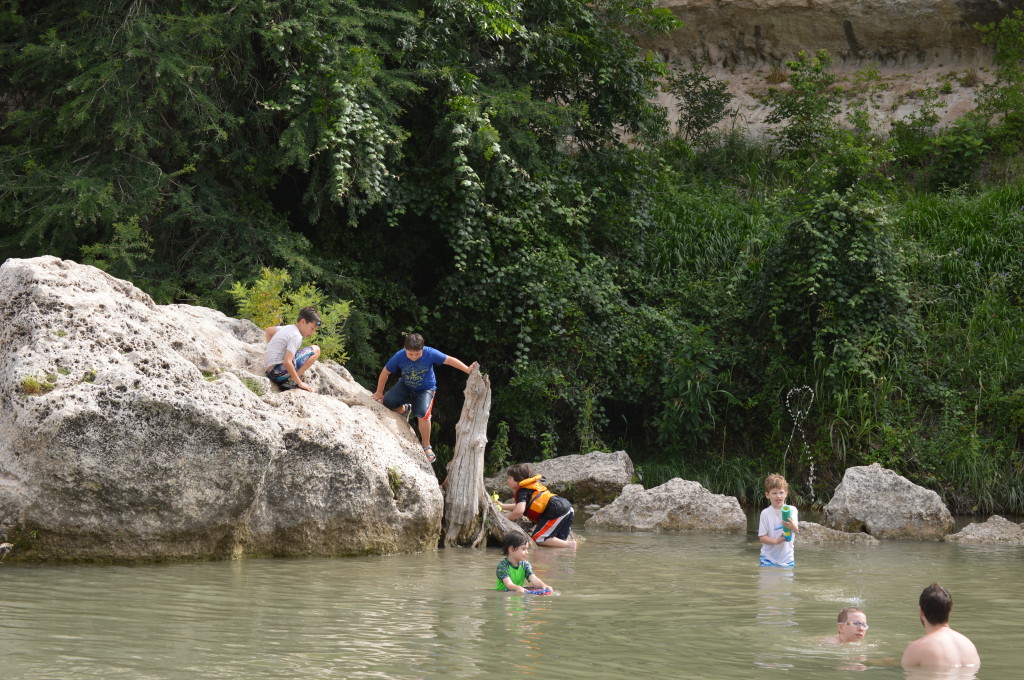 We went for short hike in the jungle-like woods to get to the whitewater area, which was about 1-2 ft. deep at most. I’m sure the depth changes, but when we went the rapids were shallow enough for walking across on stepping stones. Some of the trees were incredibly large. 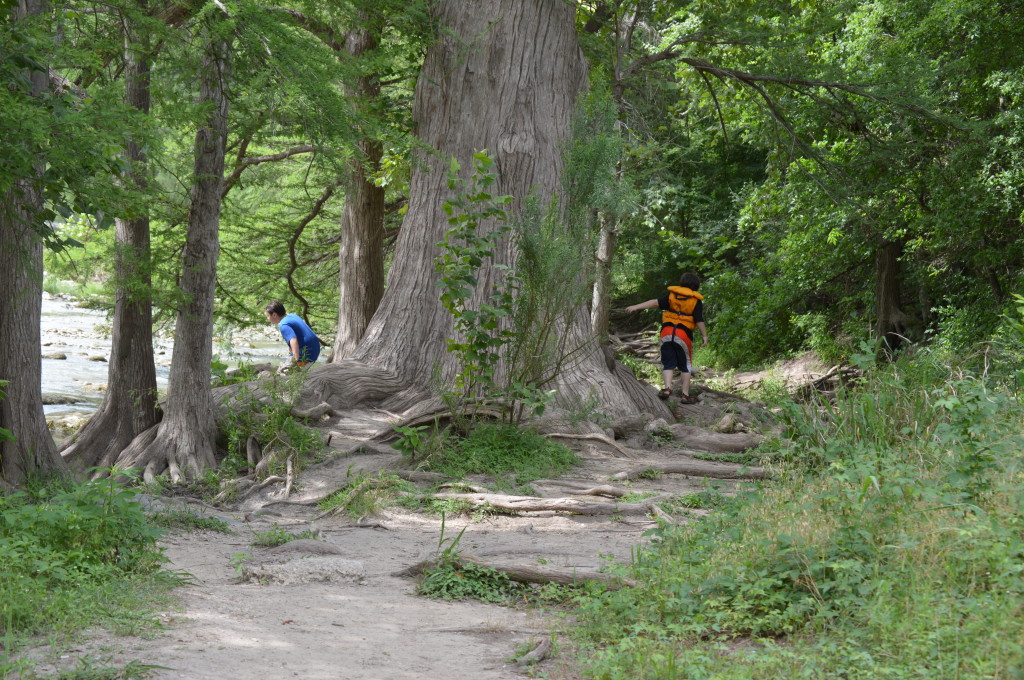 This is a really good park–I look forward to revisiting it on a sunny day.