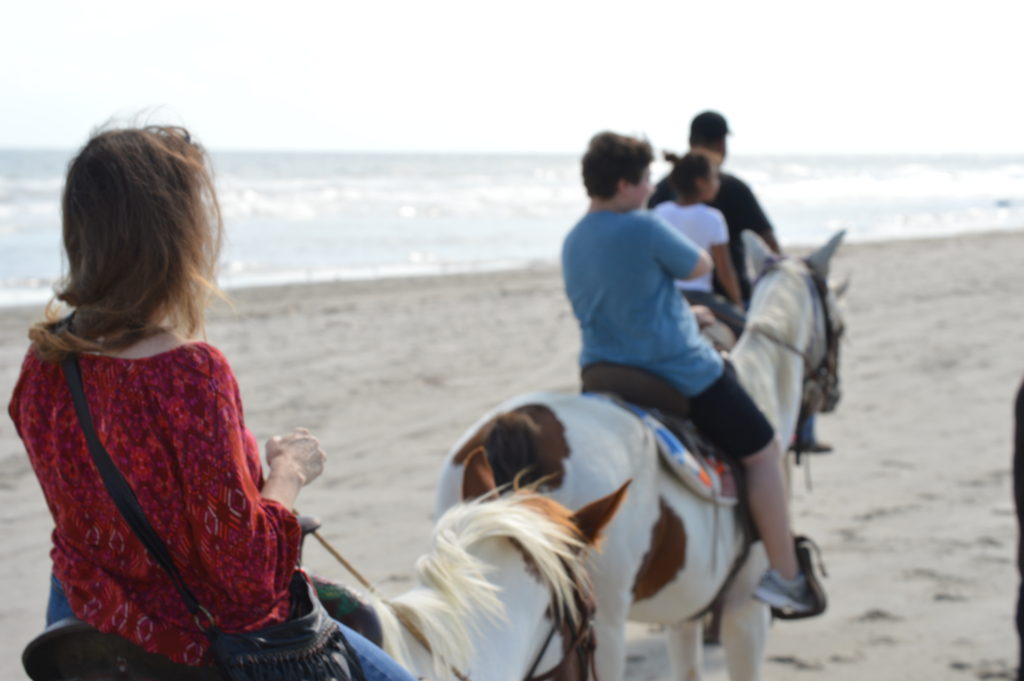 We went horseback riding (Oct. 2016) with Galveston Island Horse & Pony Rides along East Beach to celebrate my son’s turning 13. While it was a good experience, I did have buyer’s remorse after the ride ended. Fifty bucks per person is a lot to spend on a 30 minute ride–just to compare though, many places around Austin charge $125 for a comparable trail ride. I just wanted to do something memorable for my son’s 13th birthday. My husband nearly fell off his horse when the guide said, “That’ll be $200.” (I didn’t tell him how much before hand.) 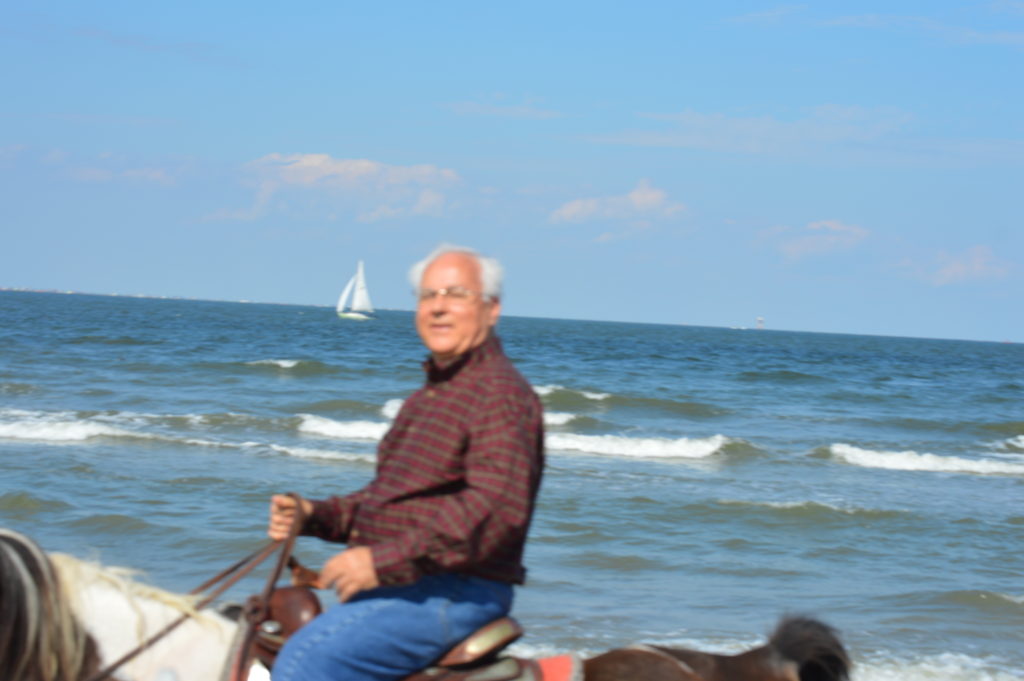 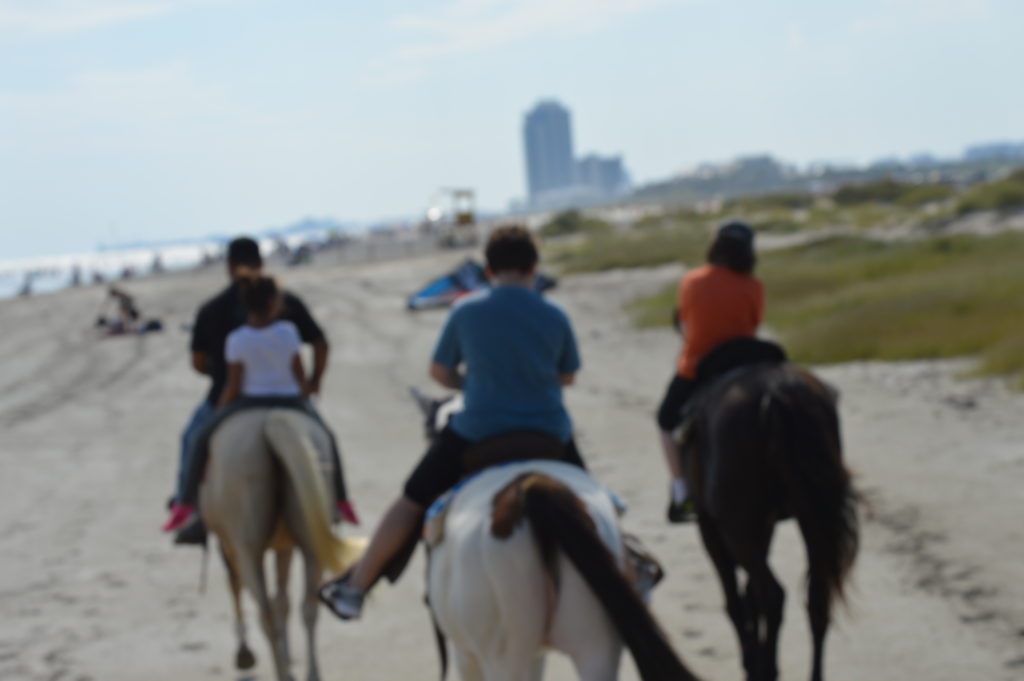 While we had an enjoyable time and the weather was great, I was concerned about a few autism mom things. I had called ahead the day before and asked “Pete” about a lead line placed on Christopher’s horse since Christopher (in orange) would not know how to even begin to try to control the horse (not sure I could do it either, and I do know how to ride) in the event of emergency. This was not done. The horses were tame enough, but frequently walking bunched up nose to rear in a way that made me a but nervous (because of kicking). It didn’t seem to concern our guide, who did not engage us in conversation or wish my son a happy birthday or do anything but saddle the horses and look at his watch the whole time. 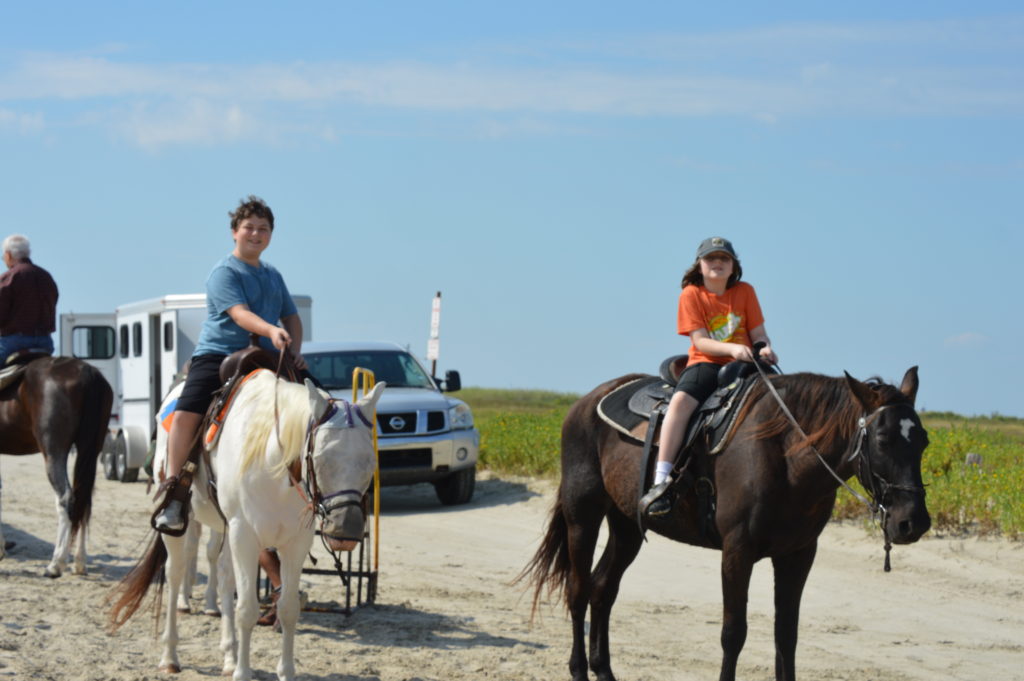 We didn’t get to take our horses into the water at all, which would have added some additional entertainment value. Last, people on the beach “accidentally” unleashed three barking pit bulls as we were going by, which spooked our horses; and while nothing bad  happened, it still raised a flag in my mind for Christopher’s safety. 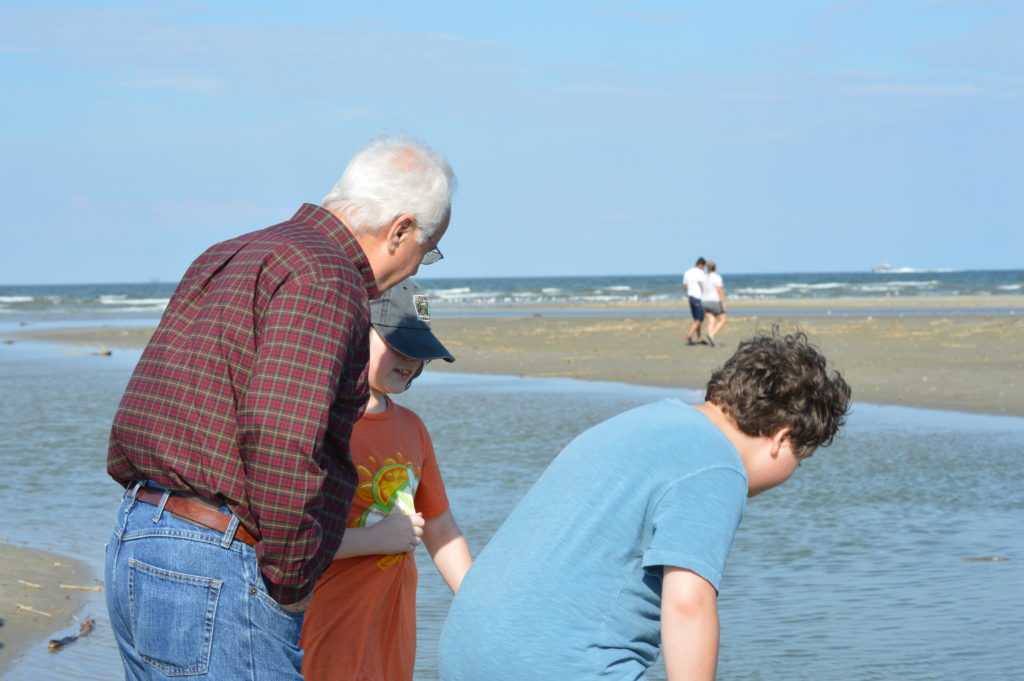 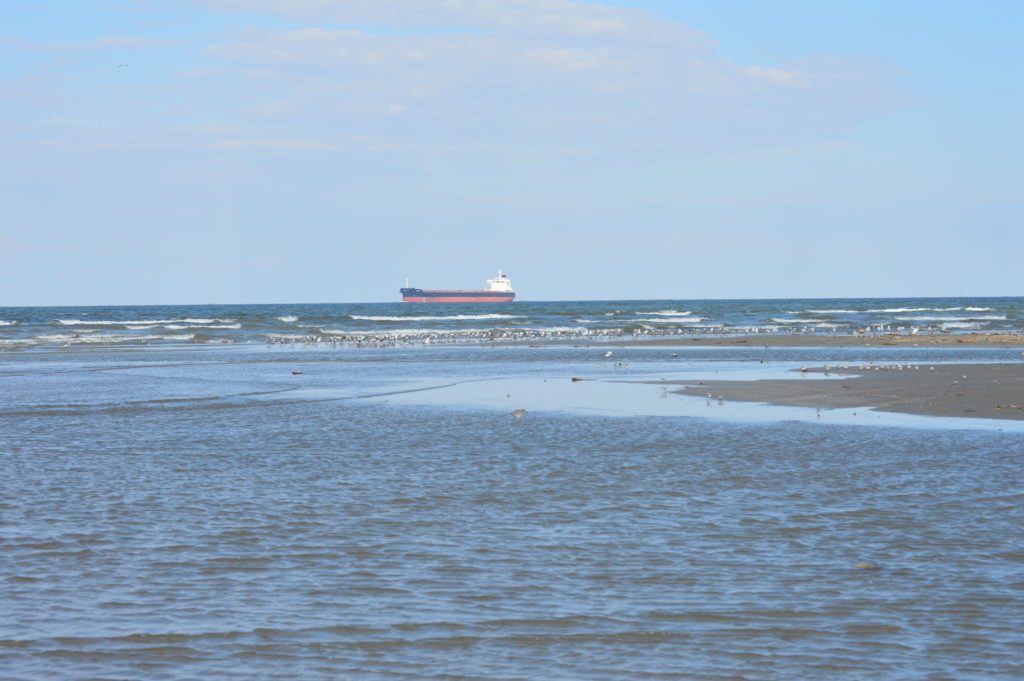 What added to the fun was we saw someone attempting to fly with one of those inflatable hangliders, with his girlfriend holding the strings. There wasn’t enough wind for a lift off–seemed totally dangerous but very cool, this human kite contraption.

Towards the end of where we rode, in a very shallow inlet, I saw a lot of fully formed spiral shells–rare in Galveston. You hardly see decent shells in Galveston. So, despite the groaning from my kids, we walked all the way back to that spot and it was full of hermit crabs, some pretty big ones. That added some additional excitement, at least for me. Actually, they thought it was pretty cool too. 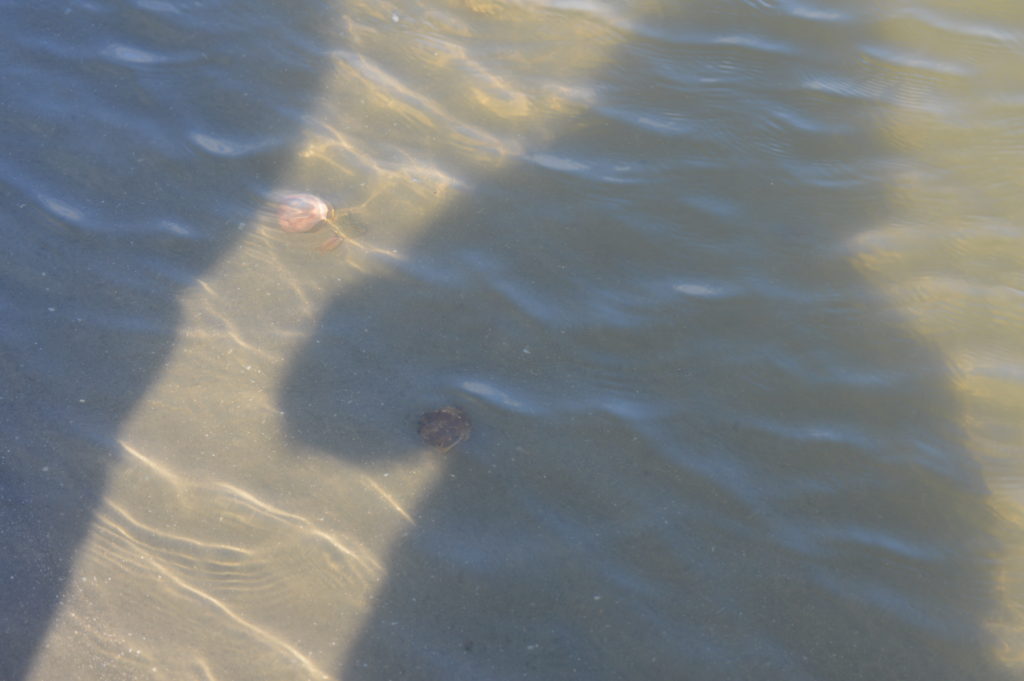