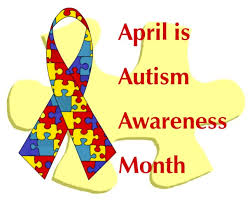 Autism Awareness Month is just around the corner and everyone in the autism community will be donning their puzzle piece ribbons, jewelry, socks and t-shirts to let people know how many lives are affected by this devastating disease which is, according to the Centers for Disease Control, now impacting 1 in 68 children, up from 1 in 150.

The puzzle piece has become a universal symbol for autism, popularized by Autism Speaks. I admit, it is a good thing that there is a tangible way to signify autism to others. 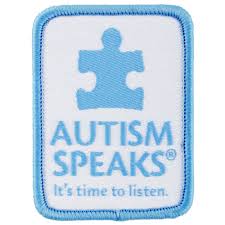 Lacking some kind of outward symbol, the alternative would be to parade our children in the streets to show our growing numbers.

Rather than celebratory autism walks with cheerful colored ribbons and balloons, water bottles and matching t-shirts, we should be marching in the streets to rail against the lack of progress finding a cure, cuts to programs to provide basic housing and supports for the intellectually disabled,  cuts to medicaid, long waits (13+ years) for any sort of government services–lack of anything to help us really. April is also tax month, and people seem so surprised that there are no tax breaks of benefits for raising kids who are mentally retarded (yes, I use the “R” word, because why should we feel compelled to always put a positive spin on things by calling it a “developmental delay”?). It isn’t a delay–it is what it is, and it isn’t going away over time.

Indeed, I know I could stage marches every day for the frustrations which come with raising an autistic child (I could add “in Texas” but I’m not sure it is a whole lot better any place else)—the latest one being that no regular summer camps or summer programs will take an autistic kid. “Nope, don’t have the staff for that.” As of this year, he’s aged out of kiddie daycare, and there is nothing for him to do all summer long but sit in his bedroom and play video games. No after school programs for him either once school starts up.

I fear this is what his life will become, sitting in a room all day without friends or opportunities to actually do anything in life.

As an autism mom, I know I should be displaying that puzzle piece all month long.

On an emotional level, however, I truly cannot stand that depressing puzzle piece! I know it is a good thing we have a symbol which stands for childhood (kids do puzzles, mainly),  the mysteriousness of the disease, and the fact that the people who have it are often an enigma to those around them (“How come he can unlock all those advanced levels in xbox games but can’t figure out how to put his inside out clothes outside in?)–but I hate it none the less. I hate it for my son.

You see, I don’t want my child to wonder “Why am I a puzzle piece?”

Am I a puzzle piece that doesn’t fit in anywhere?” My son already seems to study that puzzle piece when he sees it, knowing somehow it is connected to him. That’s why when I was trying to come up with a logo for my EA, I chose a pelican for reasons explained in About EA. Yes, no one else gets it, but that’s OK.

I was trying to imagine a more positive image for autism. I can free associate my child with many beautiful things, but nothing that symbolizes autism itself.

If anyone can come up with something other than a puzzle piece, I’m all for it! 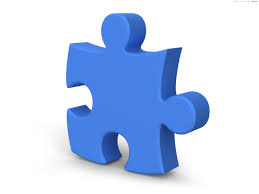 Pilot program to support college students with autism at UHCL